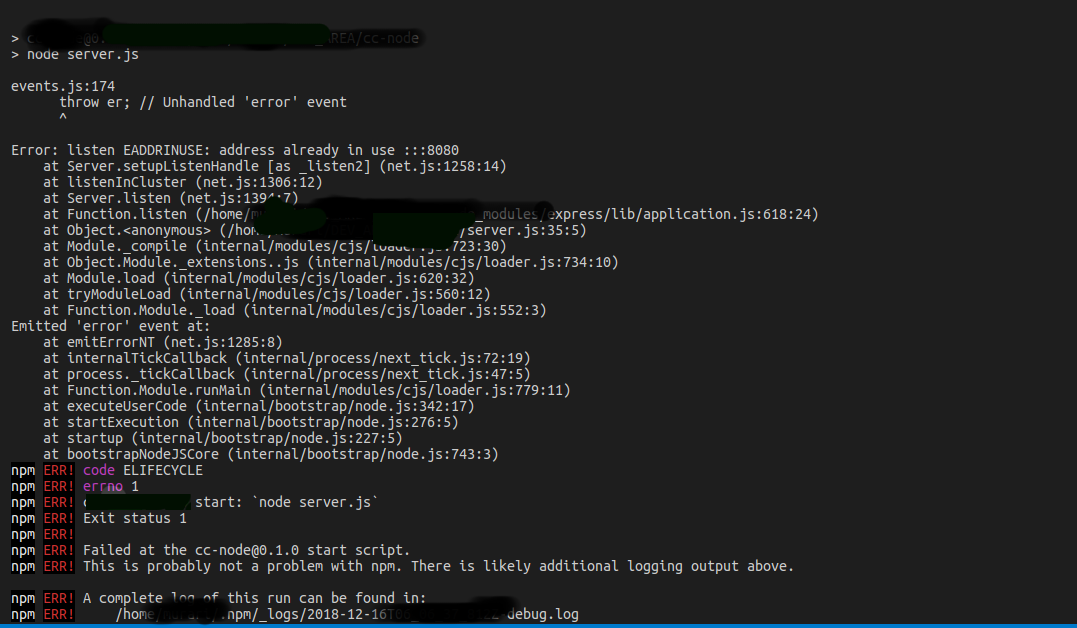 This can be fixed by first finding out which PID the process is using and then kill it.

Please note that the following commands were run on Ubuntu 18.04 LTS
For Windows or Mac, the process remains the same, while the commands might be a little different.
Will add them up when time permits.

To find the PID,

For me, the port that was in use was 8080. You can replace that with any port you want.

Note the second column of the result, which is the PID, and required to stop the running process.

2464 is the PID from the previous result, and running the above line will kill the process running on the given port.

You might need to open the CMD in Administrator mode

To find the PID

In windows, the last column referes to the PID, and can be used to forcefully terminate the process. To terminate, run

You can check if the port has got free by running the first command again, and you should get no results, making sure that the EADDRINUSE EADDRINUSE error is resolved.

To be able to use multiple node versions on the system, we can use NVM (Node Version Manager). You can find more information on how to install NVM here.